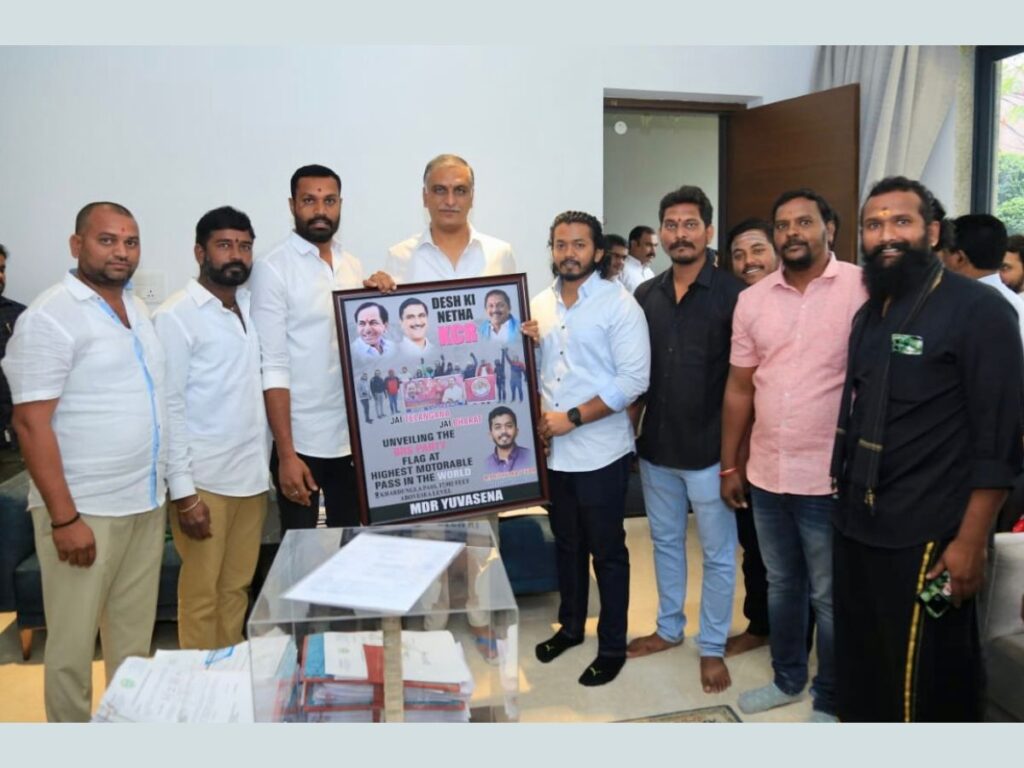 New Delhi (India), December 29: Honorary Advisor of MDR Foundation, Maadri. Prithvi Raj, unveils Bharat Rashtra Samithi (BRS) Party Flag and Banner at India- Pakistan Border, Turkuk Village in UT Ladakh. It is among the highest motorable road Khardungla Pass at 17982ft, and the India-China border Pangong Tso. The rally aimed to spread the growing significance of BRS at the National level. A team of 13 members drove the car from Patancheru, Hyderabad, led by Maadri. Prithvi Raj and Team, and made it to the final destination to hoist the BRS Flag. MDR Yuvasena Members, through this rally, spread the word about the BRS Party to make it known around the country. They also explained about the Telangana Friendly Governance led by K Chandrasekhar Rao and its agenda taking it to the national level.

When asked about the history of BRS, Honorary Advisor of MDR Foundation, Maadri. Prithvi Raj, stated, “Bharat Rashtra Samithi, commonly known as Telangana Rashtra Samithi and abbreviated as TRS, is an Indian political party that predominantly functions in the state of Telangana. It was formerly known as Telangana Rashtra Samithi. It was established on April 27, 2001, by K. Chandrashekar Rao with the intention of creating a distinct Telangana state with Hyderabad as its capital. It has been instrumental in advancing the ongoing statehood campaign for Telangana.”

He added, “The leaders of BRS have repeatedly worked diligently for the bountiful growth of India’s youngest state since they are well familiar with not just Telangana’s geographical significance as the region where the merger of two cultures, namely North and South, takes place. Keeping up with the same, the Party’s next step is to strive relentlessly for the country’s economic and cultural expansion, thereby evolving as a national party.”