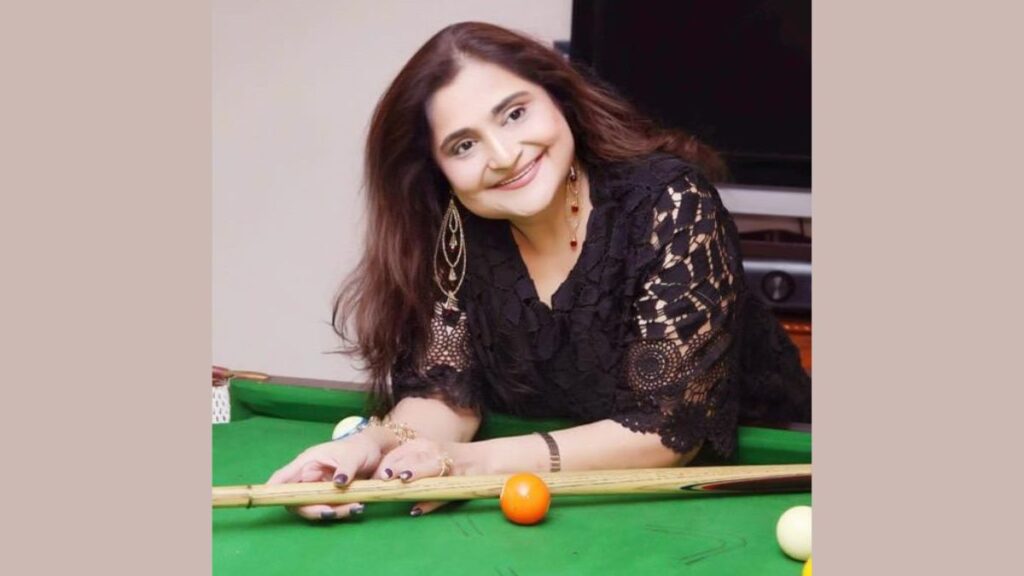 New Delhi: (India), January 16: If you have the desire to do something in your heart, have patience and believe in yourself, then you write history. You are successful in making your name reach that point from where others take inspiration from you and learn the tricks of moving forward. One such celebrity is Punita Trikha who is a well-known Bollywood jewellery designer and has influenced Bollywood bigwigs like Sushmita Sen, Salman Khan, and Katrina Kaif with her work. Here are the excerpts from our exclusive interview with him:

Question: How long have you been doing jewellery designing? Before this, you have also been an air hostess. How much benefit did you get from that work?

Answer: That year was 2003. The film was Janasheen. My jewellery designing career started with this film. People saw my work for the first time and took it into their hands. Since I had been an air hostess earlier, I had come to know a lot of nice people. With the help of those people, I got a chance to meet Jackie Dada and then Jackie Dada introduced him to Feroz Khan, and I got my first job in the film industry.

Q: What attracted you to start a career as Bollywood’s first jewellery designer?

Answer: I used to work for Indian Airlines. Due to family responsibilities, I left that job and during that time I also had my son. After having a baby, again it seemed that I had to go back to work. When you are in a glamorous as well as a challenging job, then it is very difficult for you to sit at home. At that time, I started feeling that something glamorous should be done. One day I was travelling in London when I met a wonderful woman. I invited him to India. She is an American and currently lives in Paris. When she came to my house, she told me that she does jewellery designing and makes jewellery with her own hands. I was very surprised. I asked how one can make jewellery with one’s own hands. So, she offered me that she will teach me. I then went to Paris with him to do a jewellery-making course and then I found my new path.

Q: How would you describe your style as your profession?

Answer: When I did a jewellery designing course, after that when I came to India, I made a lot of jewellery with my own hands. Then my husband supported me and gave me the idea to open a showroom, but I said no, you will see that one day my jewellery will be worn in Bollywood. At that time an acquaintance of mine was sitting there. She started laughing out loud. At the same time, I made up my mind that I will not open my showroom until I get work in Bollywood. At that time, I had around 250 jewellery sets which I made with my hands. And when Jackie Dada got me an opportunity, Firoz Khan sahib fell in love with my work. In the year 2003, I got work in Bollywood and in the year 2004, I opened my showroom which was inaugurated by Jackie Shroff ji.

Q: How was it working with the new stars?

Answer: It is always a pleasure to work with new people. After the film Janasheen, I did Maine Pyar Kyu Kiya with Salman Khan and designed jewellery for the film Partner. Both these films were his home production films. After that, he made jewellery for the Hollywood film Marigold. Working with new people is always fun. You also get to learn a lot.

Question: What is your next plan for the future?

Answer: In future, I want to export my jewellery. I want to go to the cities of Europe to find my favourite jewellery there and then export it. Let me tell you that I have designed jewellery for many film stars, including big names like Sridevi, Rani Mukerji, Shilpa Shetty, Anil Kapoor, Fardeen Khan, Salina Jaitley, Lara Dutta, Salman, Jackie Dada, and many others. Gives courage that I can work on my plans properly.

Question: Who is behind your success?

Answer: I consider Jackie Dada’s hand behind my success. Because it was because of Dada that I could meet Feroz Sahab and Salman Khan, and work with them. He helped me a lot and he treated me as his sister which means a lot to me.

Question: Have you seen many ups and downs in the life? What message would you like to give to the youth?

In the year 2004, my husband was diagnosed with a disease called MND motoneuron. He was on a ventilator for two years and left my side in 2016. Struggled a lot. ICU was made at home itself. Now it is going to be 7 years since his death. During this, the gap of about 9 years, which came in handy, caused me a lot of trouble. Now once again I am looking for work. Meetings are being held with many people. Soon you will get to hear something good. I am also in talks about a telefilm.

Q: How did you get the idea of being a role model in your profession?

Answer: I make all my jewellery with my own hands. I don’t have a single worker. Along with jewellery, I also make chandeliers, and table decorations. I do all this work with my hands. I have received the Kalpana Chawla Award. JD Institute of Fashion Technology honoured me with the Jewellery Designer of the Year award. Apart from this, the respect I have received from the Times of India and many other places has worked to boost my morale. I am thankful to all.

Question: What message would you like to give to the new generation?

Answer: I want to tell the youth that never to give up. Somewhere one door closes, another will surely open. Always keep trying. until you succeed.